You are here:
New Titles 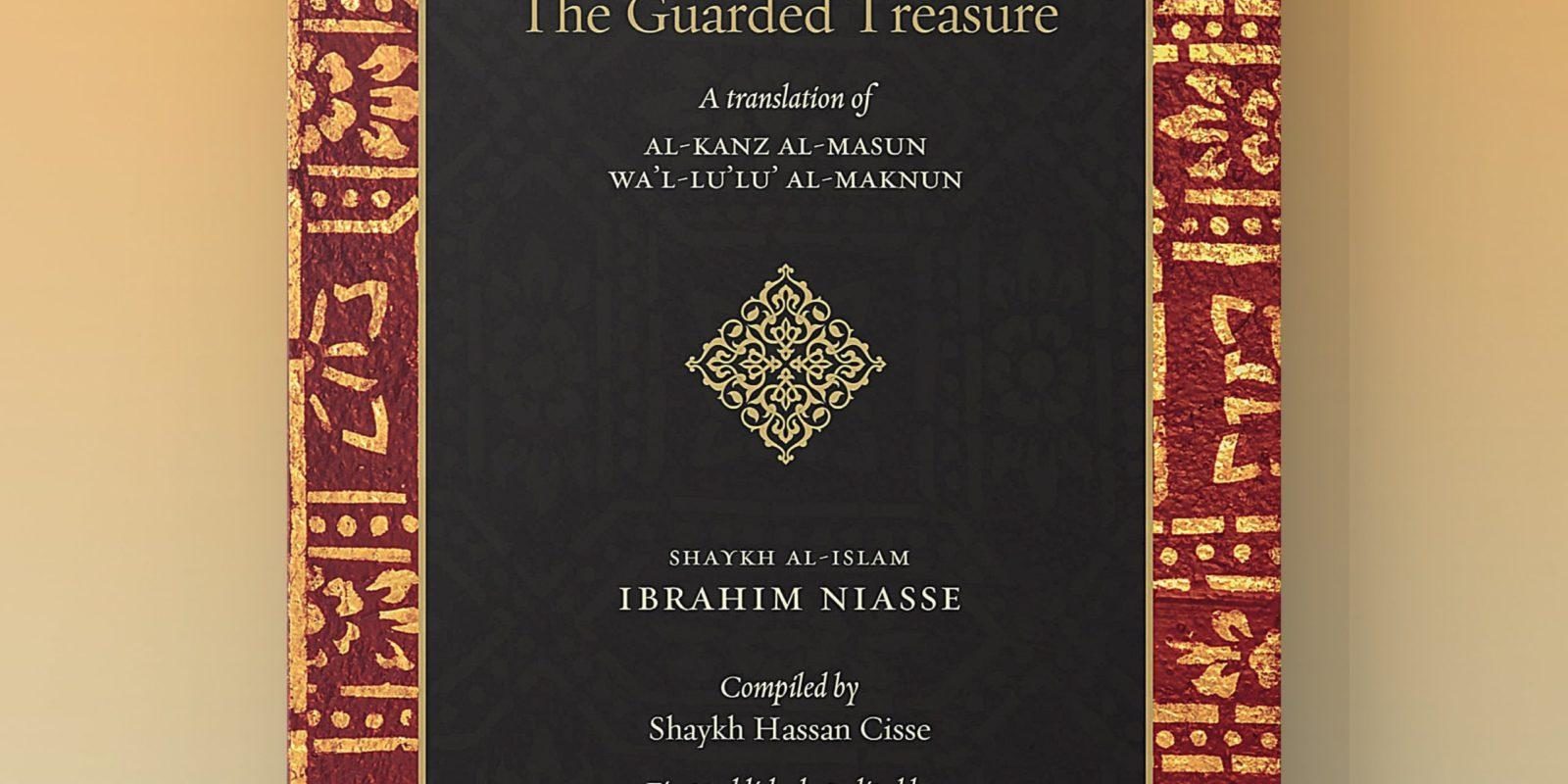 We endeavored to translate ‘The Guarded Treasure’ or Al-Kanz Al-Masun, as it is popularly known, because of the immense benefit it presents to the believer. The efficaciousness of the special prayers contained within
have been attested to by thousands of people, but the meaning of the supplications and prayers are of equal value. Thus, giving us an opportunity to partake in the “arsenal and devotional mind” of Shaykh Ibrahim
Niasse and his adherence to the Prophetic saying, “supplication is both the weapon of the believer and the mind of worship.” But even for the general reader, this collection represents an extraordinary primary source that
speaks directly to the saintly station (Maqaam) of Shaykh Ibrahim Niasse.

This work comes to us through the great efforts of Imam Shaykh Tijani Cisse, who is the current Imam of the worldwide community of Shaykh Ibrahim Niass followers (Ahl Fayda Tijaniyya). He was first tasked with
the compilation, editing and publishing of the work by his brother Shaykh Hassan Cisse. Shaykh Hassan Cisse was given direct permission by his father Saydi Aliou Cisse, to use, publish and disseminate any of Shaykh
Ibrahims supplications and prayers. Therefore, the permission to bring this work to the believing community was granted via one of the most illustrious chains of transmittal within the Fayda Tijaniyya Sufi order.

The permission to publish this collection, further affords the reader a glimpse into the love and concern the Tijani Shuyukh have for their followers. Proof of this can be found in the fact that Shaykh Ibrahim said that whoever recites the prayer “Kanz al-Awliya” (Treasury of the Saints), contained herein, for example, “will have whatever we have.” Thus, encapsulating the Prophetic concept of wanting for your brother/sister, what you would want for yourself. For the sufi, this concept is the epitome of love.

Finally, it is of great importance to note that the supplications and prayers contained herein can be read or recited by anyone, but to obtain the permission by an authorized representative within the Tijani Fayda community of Shuyukh and Muqaddams is an absolute must.